Last week I rendered my first lot of beef fat into tallow. I did it on the wood stove and, as it was fat from the beast we had just slaughtered, it cost me nothing but my time. About 4kg of fat became around 1400ml of tallow or approximately 1000g. The trimmings and leftovers became part of the next 3 feeds for 8 hungry 6 week old puppies :). I strained the tallow through cloth but I didn't need to skim it or clean it in any other way. I'll be doing this again as it's quite easy. I've also discovered grass fed tallow starts out yellow and turns a creamy colour unlike the white lard in the stores! 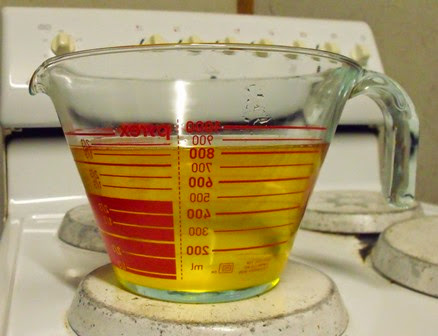 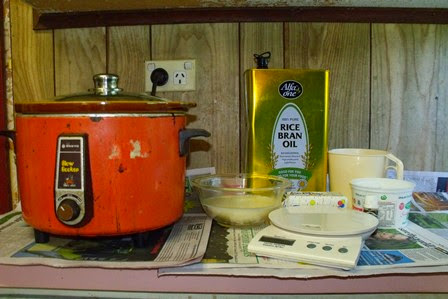 and I prepared it mostly like I would if I was making cold pressed soap with the only difference being the cooking at the end of the process. 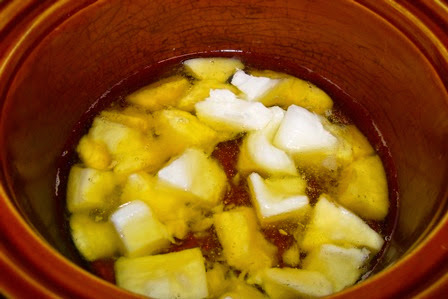 Combining the melted ingredients. I then poured in the lye/water mix slowly while stirring gently but I was unable to take a photo at the same time. 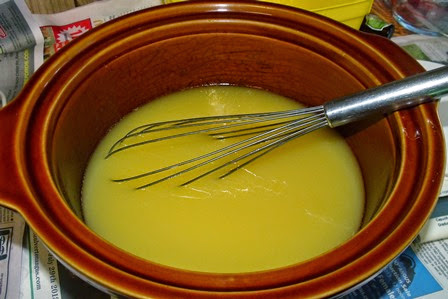 After using a stick blender to achieve heavy trace 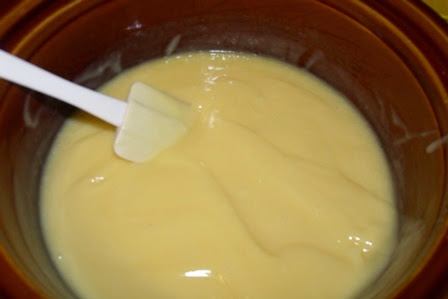 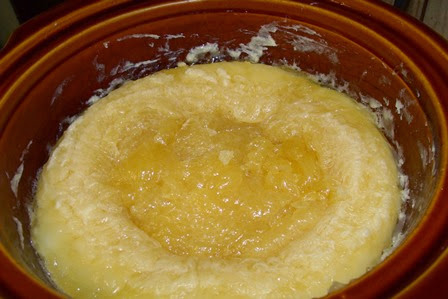 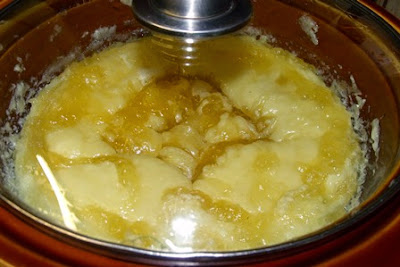 Next morning - the soap set in the mold 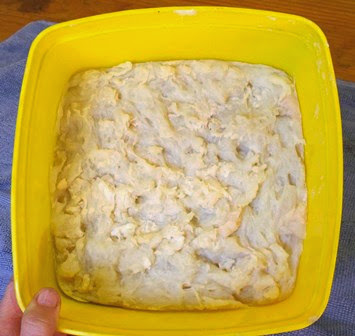 Bottoms up to cut 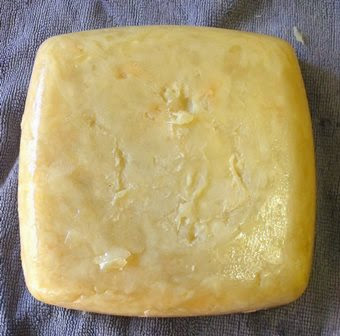 Finished blocks of soap averaging 136g each. They are still a bit spongy so will need some time to dry out and will lose a little weight in the process. 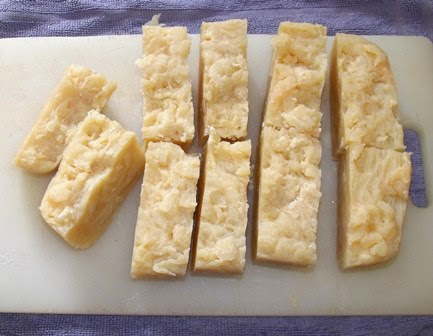 I think I'll need to cook them on a higher heat next time as it took quite along time on low. It will be interesting to see how long it takes for these to harden compared to cold process. From what I've read they should have been useable as soon as they are cut but I think the elevation here coupled with the soft rainwater used may have some effect on the hardness of the soaps.

Thanks for dropping by,
Robyn xo

Email ThisBlogThis!Share to TwitterShare to FacebookShare to Pinterest
Labels: soap